Jeffrey Veregge is an award-winning Native American Artist & Writer from the Port Gamble S’Klallam Tribe near Kingston, Washington. He is best known for his use of form-line design with pop culture inspiration which his fans dub “Salish Geek”. He has over 100 comic book covers working for Marvel, IDW, Valiant, Dynamite, Boom! & Darkhorse Comics. His story and works have been featured in The Huffington Post, Fast Company Magazine, Wired Magazine (Germany), Entertainment weekly, Seattle Times and Magazine, Evening Magazine and many others.

I’ve always felt that Seattle got the raw end of the stick when it comes to comic books. Since the first superhero story rolled off the presses in 1938, east coast heroes have regularly engaged galaxy-sized threats on the streets of New York, Gotham, and Metropolis ~ yet rarely does the northwest have to worry about supervillain chicanery. Events like Bumbershoot, Comic Con, and Bite of Seattle all go off without a hitch; not a single northwest villain threatening a city-wide take over or planetary destruction.

With the lack of super-activities in Seattle, it is understandable why there are few storytellers from the northwest working in comics today. The door to the big-two publishers, Marvel and DC, has been notoriously hard to open; with the exception of Joshua Ortega and Michael Hall, being a few of the only artists and writers able to successfully penetrate the monoliths.

Boom! Then Jeffrey Veregge appeared! With a unique style of artistry that brought something previously unseen to the comic book genera. Combining
basics of Salish tribe form-line and modern graphic design skills, Veregge has brought something original to the industry. Form-line art identifies with the indigenous peoples of the northwest coast and is distinguished by the use of characteristic shapes referred to as trigons, ovoids, and U-forms.

Veregge’s first venture into comic books was illustrating the cover to Judge Dredd #23, which opened doors to drawing covers for other major
players including Valiant, Dynamite, Darkhorse, and the mighty Marvel universe. To date, Veregge has drawn over 100 covers, including Star Trek, Transformers, GI Joe, Spider Man, Batman, Red Wolf, the Avengers, and more. Recently released, you can see Veregge’s work displayed in the current issue of Marvel Voices #1, which features a compilation of indigenous writers and artists from across America.

In additional to comic books, you may have seen Veregge’s work on a grander scale, with murals at the new Kraken Arena, as well as huge displays at the Seattle Citizen M hotel, the Snoqualmie Casino, not to mention at the National Museum of the American Indian, located in New York.

Veregge was born in Kingston, Washington, and graduated from the Art Institute of Seattle prior to its implosion in 2019. He spent 11 years as a graphic designer before making the move to comics. Taking his first shot at superheroes with a entry into a “draw Batman” contest that was picked up my Ionine Magazine. From there, IDW reached out with the Judge Dredd offer, and the rest is history.

Veregge is living every young man’s dream, to draw his favorite comic characters and get paid for it! Additionally, working the comic book field allows access to some of our favorite screen actors as well, which Veregge got to experience first-hand when he met Robert Downey, jr. in person at the Avengers: Age of Ultron art show. Growing up, Veregge says he fondly remembers collecting a number of comic book titles, which he says included Superboy, Uncle Scrooge Adventures, and Spider Man. Veregge’s first memory of actually purchasing his own copy, was an issue of Star Wars, back when he was in 4th grade. From there he quickly moved to collecting GI Joe, recalling with excite- ment the introduction of Cobra Commander’s ninja bodyguard, Storm Shadow, who made his first appearance in 1984.

I asked what advice Jeffrey could give up-and-coming artists who are looking for their big break. Veregge says that there are some fairly standard routes for breaking into comics. Start- ing with producing a decent
portfolio and then sharing it will professionals at local Comic Cons. Veregge says one of his early breaks was meeting Brian Michael Bendis (Ultimate Avengers) and Tim Sale (Batman Animated Series). Addi- tionally, Veregge has written scripts of his own, including blogs for StarTrek.com and other sci-fi sites. Veregge also gives advice on how to stay in love with the craft, and how to avoid burn out. First, be yourself. Second, take breaks.

Veregge shares how there was a time when he became depressed due to the weight of trying to be the artist that others wanted him to be, and failing to be true to himself. It was when he started creating the art that expressed his true identity, that he became more joyful and more successful in both his career and his personal life. Veregge also credits his wife of 30 years and his family with helping to keep him centered. His youngest son will be graduating high school soon and will start apprenticing with him. His oldest has already graduated art school and does animation, having recently completed a family-project about the spawning grounds of the Kokanee salmon in Lake Sammamish.

During a recent interview with AmericanIndianMagainze.org, Veregge said that “while the comic book industry has made strides, he really wants to “see a Wakanda moment for Native American comics.” The “Black Panther” movie, he says, “has mass appeal because it was sharing culture in a way that was honoring and respectful in a contemporary setting. Those characters are not shown as sidekicks or lesser heroes or villains. That world put them on the same level as Captain America or Thor, and in
some cases, surpassed it.”

“Once we create a character that honors the values of Indian Country, we come closer with each comic book, each cover, each opportunity, eventually we will have our own Black Panther, Superman, Wonder Woman, and Captain Marvel,” he says. “It might not be my generation that does it, But I do have faith that it is coming down the road.” 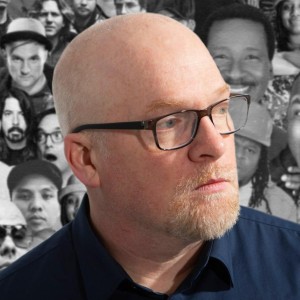